Steven McCarthy (one of the lead actors in The Insignificance of Harvey) is directing a show called 4-H Club, Killer’s Head, Cowboys #2: Three Plays by Sam Shepard, and I took some pictures this week. 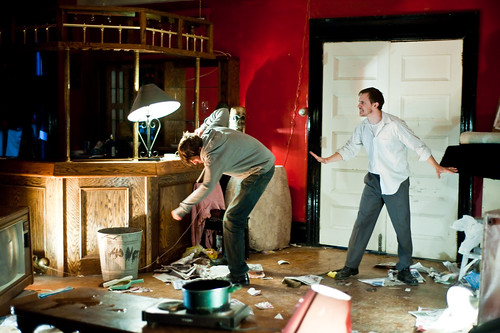 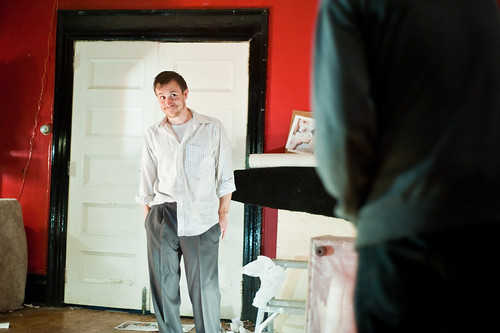 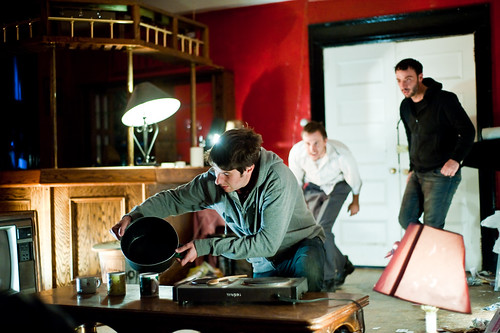 4-H Club: Chad Donella (DAKOTA, FINAL DESTINATION, HATE CRIME – best supporting actor, Breckenridge film fest), Salvatore Antonio (AT THE HOTEL, PARADISE FALLS, LEO), and Sebastian Pigott (WORKING ON THE EDGE, CANADIAN IDOL –  Top 10 in 2006) star as three desperate men wrestling with the present prison that is their misspent lives. They scream, dream, and scheme for a better day knowing full well that tomorrow will be the same as today – only more so. This short play from 1964 evokes comparisons to Albee and Beckett in its heartbreaking comic genius. 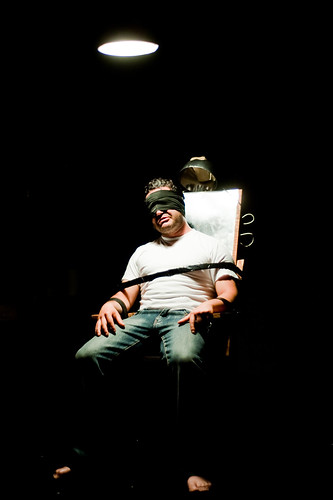 Killer’s Head: Actor Rouzbeh Fard (MOJO – Dropship Theatre) lets us in on the thoughts of a condemned man moments before the switch is thrown and, still smiling, he dies. 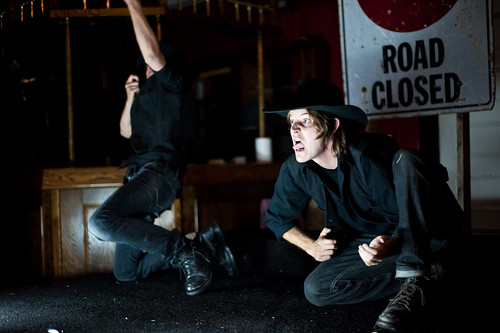 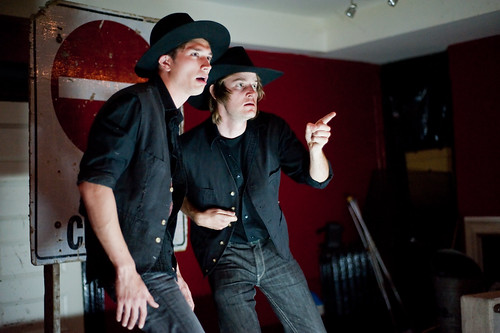 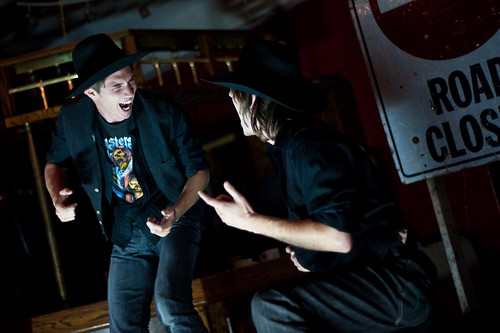 All three plays will be directed by Steven McCarthy, one of the creators of the hit play REVISITED (NOW MAGAZINE TOP FIVE PLAYS 2006, NATIONAL POST-2006 YEAR’S BEST, VICTORIA CRITIC’S CIRCLE BEST PRODUCTION 2006, HALIFAX-3 ROBERT MERRIT AWARDS, 7 NOMINATIONS) and the production will take place in the ballroom of the dilapidated KA mansion at 160 St. George Street (just south of Bloor).